A Bit About Duranbah Beach 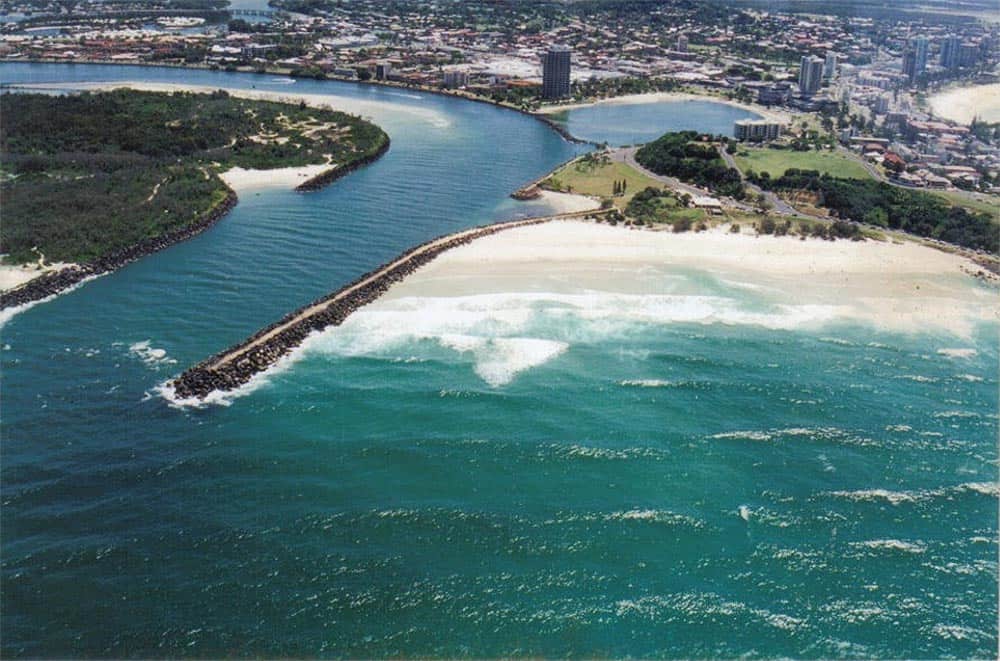 Known officially as Flagstaff Beach, Duranbah, or D-Bah as it’s affectionately called by locals is located in the Tweed Shire, between the northern 400m long entrance wall of the Tweed River mouth and the 30m high rocky headland Point Danger, which also marks the Queensland-New South Wales border. 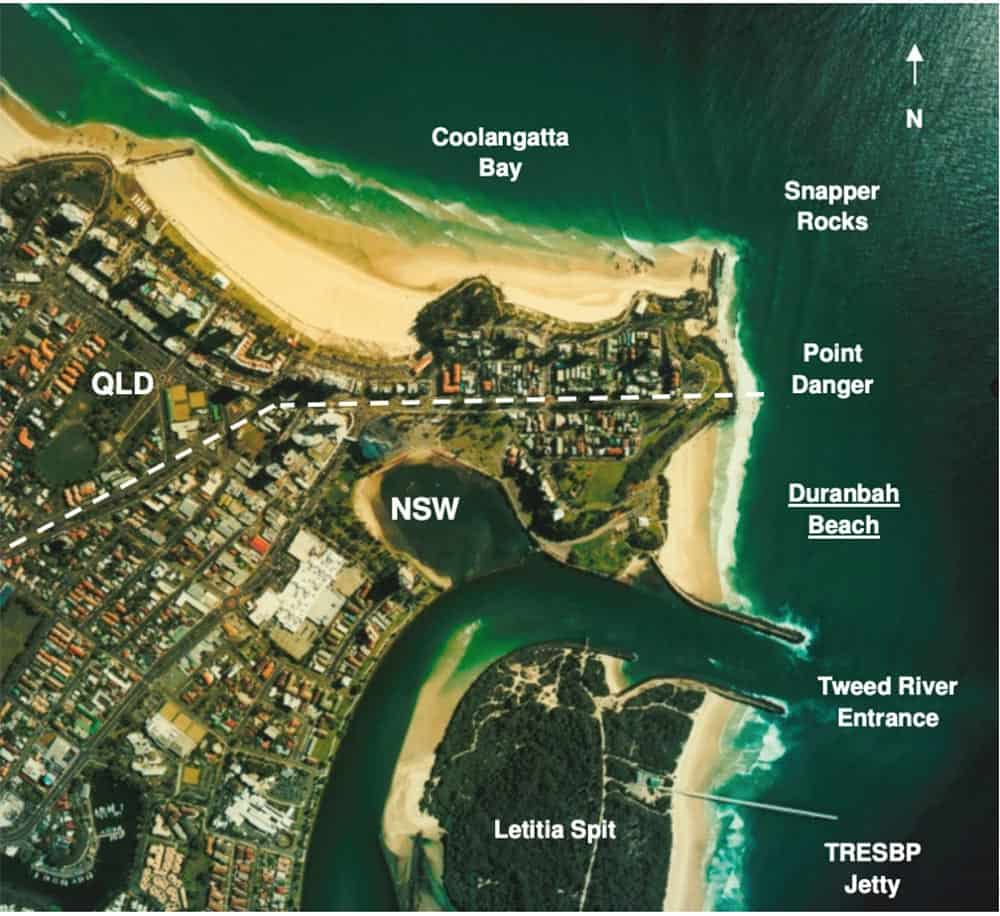 Duranbah beach is regularly used for surfing contests due to its prime conditions. In conjunction with Snapper Rocks, the Quiksilver Pro Gold Coast was held at Duranbah in 2019.

The beach is 500m long and faces east, exposing it to high wave energy and longshore rates. The waves primary form from the south-easterly side, making the beach especially popular with right-hand surfers, however, waves can come from all seaward directions.

The waves average a height of 1.4m, though waves have been recorded to reach up to six metres during a king tide. Surfers and bodyboarders both nationally and internationally recognise and love Duranbah for its powerful, high-quality peaky breaks and large swell.

Duranbah beach features fine sand and is backed by a low-fenced grassy foredune and car park, with a road running the length of the beach to the old quarry site below Point Danger.

Vegetated dunes run along 200 metres of the beach, accompanied by BBQs, sheltered picnic areas and toilet and shower facilities.

Prior to construction of the initial northern Tweed River training wall in 1900, Duranbah beach made up part of an unstable sandy river entrance. The wall helped to define and stabilise the beach and gain favour among locals and surfers as a prime spot.

In 1939, the cargo ship Tyalgum was wrecked on Duranbah beach when the steamer grounded on reef, causing water to flood into the damaged hull.

Today, much of the ship remains under beach sand.

The inaugural Usher Cup will be held from the 29th to the 31st of January 2021. For more information visit www.ushercup.com