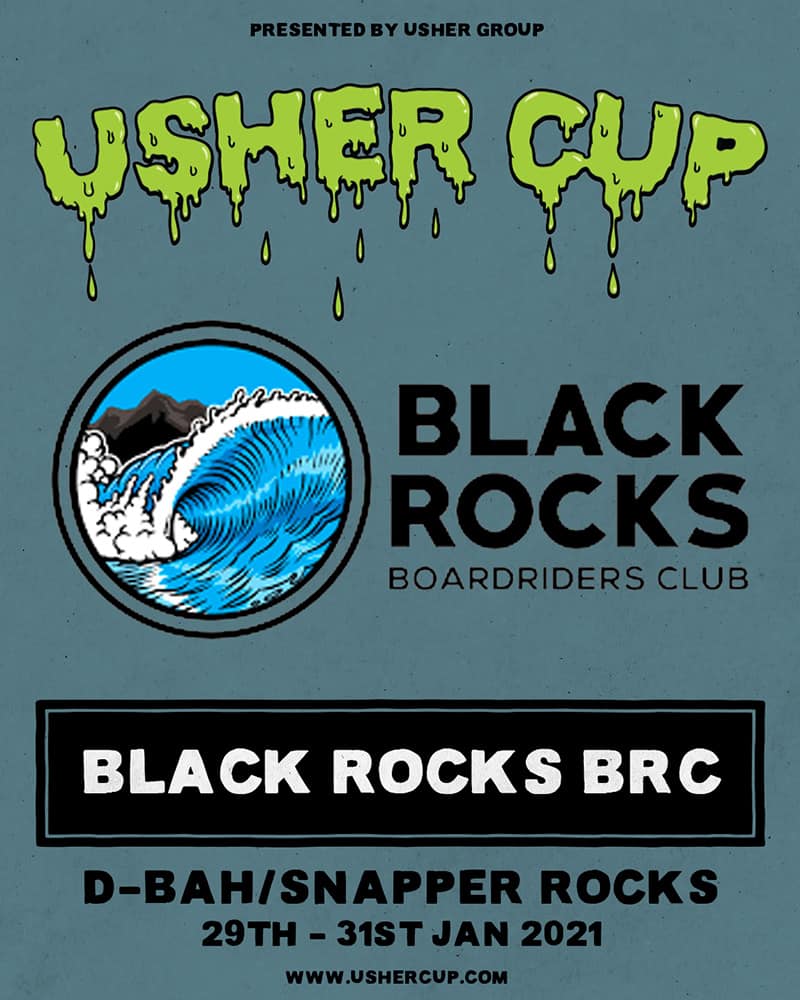 Located in stunning Pottsville on the far north coast, Black Rocks Boardriders Club is a relative newcomer to the competitive surf scene, the club formed in 2016.

The North Coast kids have certainly had plenty happen in their first four years, with social and serious surfers signing onto ride for a club which has built itself on some of Australia’s most endearing qualities.

“The focus has always been on having fun and the Aussie motto of ‘having a go.” Said club president Mark Seller.

The club begins each year by celebrating the life of local surfer James Tate who tragically lost his life prior to the club’s inaugural contest. The “James Tate Memorial contest” attracting surfers from across the region and beyond, a clear indication of the club’s passion for the region and respect for each other.

“The strength of our community spirit was highlighted in our first year where we had over 230 members sign up, which made us the largest Boardriders Club in Australia,” Mark said.

Quiksilver is a proud marquee and foundation sponsor of the club, while a host of local businesses have also opted to sponsor the Black Rocks Boardriders in recent years. Like most surfers across south east Queensland and northern New South Wales, the Black Rocks team are wrapped to be taking part in the inaugural Usher Cup surf contest.

“It will be the club’s first major interclub competition outside of our local region,”

“For a young club, we are so stoked to be invited to be a part of this innovative event with the opportunity for four of our talented underground surfers to display their skills on the big stage. Whatever the results, this event is going to be another great steppingstone in the evolution of the club which just helps to make it stronger,” he said.