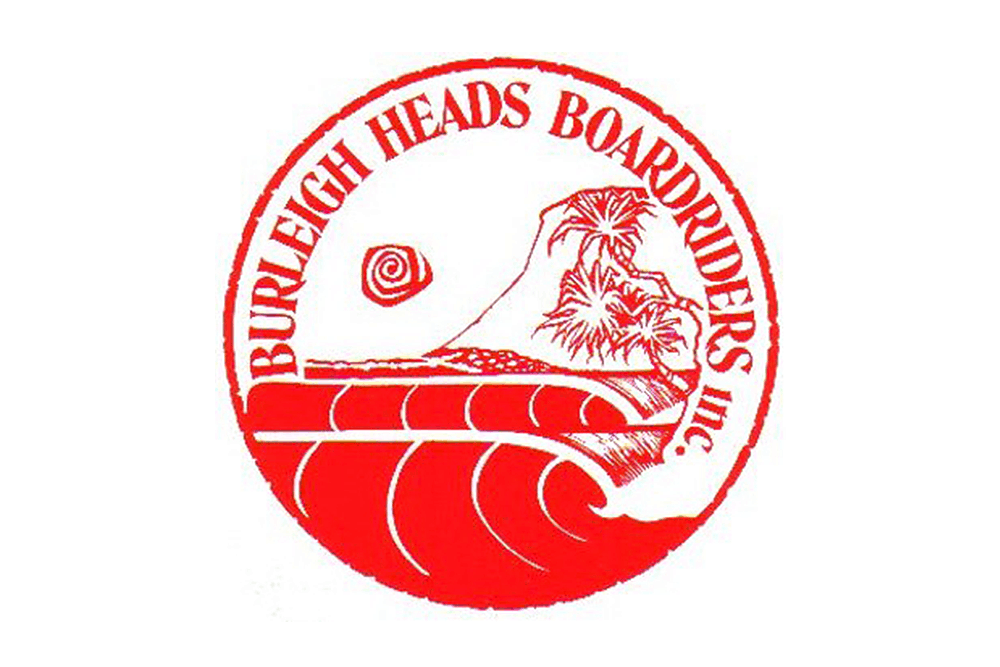 Burleigh Boardriders Club was established in 1965 and is fixated in the beautiful Burleigh Heads.

They are dedicated to the development of up and coming surfers of the area whether it be grommets, cadets, seniors, and masters. They host seven club rounds each year where all members compete in various divisions for club championship.

As Burleigh Point is a world-class wave break and surf, the club is passionate about their home and puts utmost care into protecting their beach. The wellbeing of their sacred home is the issue foremost in their agenda to protect the mystical and beautiful area.

In the early days of Burleigh Boardriders, the club would host meetings in the upstairs area of a milk bar. Surfers of note include Rick and Paul Neilsen, Peter Drouyn and Jay “Bottle” Thompson. Bottle Thompson competed in the 2008 World Championship and remains a role model to other club members. Burleigh Boardriders intends to continue producing world-class surfers by maximising their potential.

The club hosts the Burleigh Boardriders Single Fin Festival in January of each year. Quite uniquely, all competitors must ride antique single fin boards (crafted before 1985). As the surfers ride the living pieces of history, money is raised to support the development of junior club surfers.

The event is supported by a myriad of sport stars like Wayne Gardner, Sandon Stolley and Joel Parkinson who all come together in memory of the life of legendary surfer Peter Roberts. With the event selling out in only 90 minutes, it is evident how well-respected Burleigh Boardriders Club is within the local community.

Jaime Johnstone from the club is excited to get his club back out there to compete at the Usher Cup. “It’s a good start to the year for the club and competitors as we haven’t had many competitions in 2020,” he said. “Our competitors are eager to get back out there and compete, it’s a great show of support for such a good cause.”