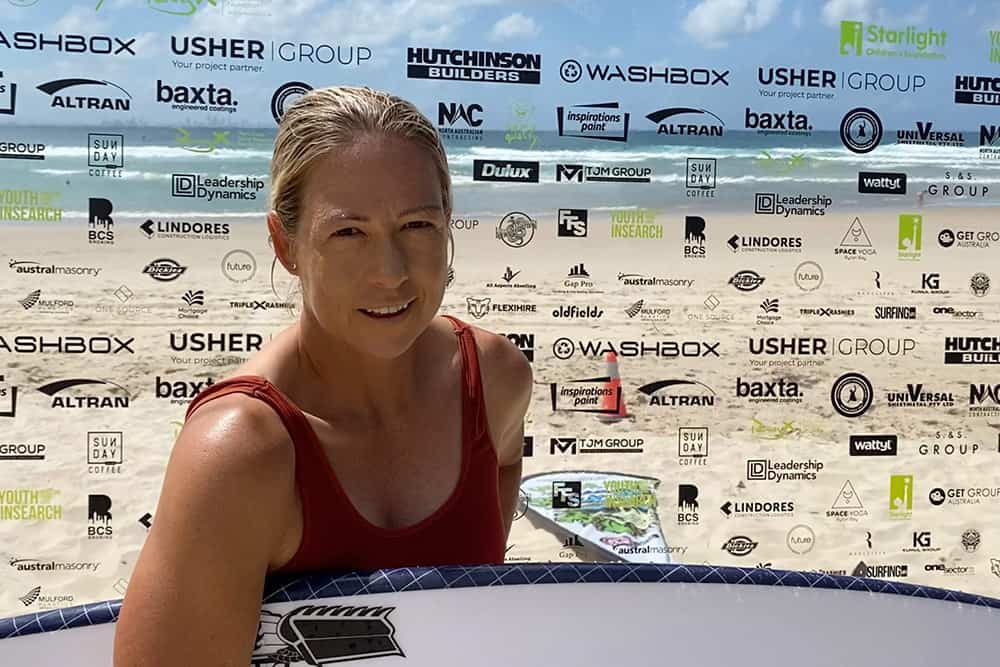 The inaugural Usher Cup surf contest hosted by Snapper Rocks Boardriders Club kicked off in near perfect conditions at Rainbow Bay on the Gold Coast today with a host of experienced and former professional performers expected to dominate. By late afternoon it was clear that a field of emerging stars would contest Sundays final, with the winner set to receive a $5,000 winners’ cheque.

Local knowledge certainly played a significant role in deciding the finalists with three of the four surfers preparing for Sundays decider growing up surfing the famed breaks long, but taxing waves.

The winner of the semi-final first heat Kobie Enright was stoked with how the day panned out and is eager to battle it out for the coveted Usher Cup on Sunday morning.

“It’s so fun out there! We’re lucky to have waves at this event and all the girls were ripping as they would be when the waves are that good. It’s just nice to have a full day of girls out there and watching the girls surf all day is pretty awesome. I’m just so keen to get back out on Sunday and rip back in.”

Dimity Stoyle, the winner of the second semi-final was equally as pleased with her performance at the Rainbow Bay break.

“I thought I did pretty good because I got two good waves and I just found my spot, not going to say where, it’s a secret! I’ve just been surfing Rainbow a lot, I just live up the hill, so I just come here every day, so I’ve been getting good at looking for the ones that kind of grow and have a big finish. I’m just in heaven!”

Will pull on competition rashies one last time as they look to etch their names in Usher Cup history as the inaugural event winners.

Competition head judge Ty impressed with the calibre of all finalists.

“I think the girls who made the final have just shown a much more mature approach to the way they’ve surfed these waves, there’s really good waves on offer today and the girls who have made that finals spot have basically performed like world tour surfers in these conditions.”

“We have a set criteria which basically stays the same, but as the level goes up throughout the event we get harsher, so we make the girls work harder for their scores. By the semi-finals the girls knew exactly what we wanted to see which was the big turns and the big sections and utilising the waves with quality rather than quantity.”

This exciting three-day surfing event showcasing amateur surfers and emerging professionals representing 21 board riders’ clubs from Angourie to Noosa Heads is looking to set a new benchmark for grass roots surf contests, with equal winner’s prize money for male and female competitors, while board riding clubs will be awarded prize money based on combined male and female individual placings in their respective divisions.

Day two of the Usher Cup will be held at Rainbow Bay.