Jaggar Makes It Through to Next Round 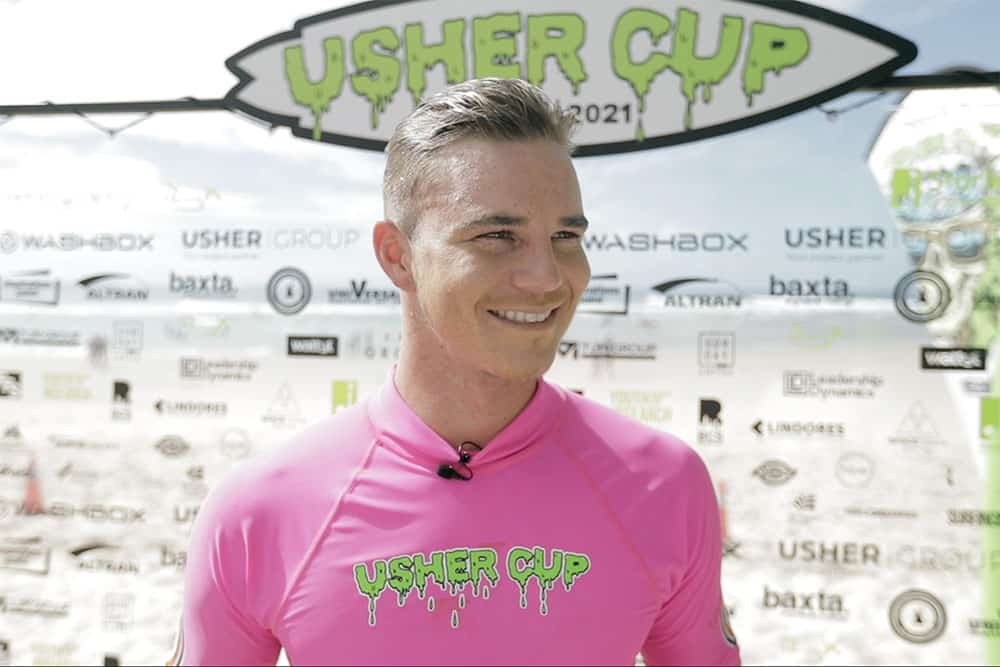 Jaggar Bartholomew, one of the countries most promising up and comers and son of surfing legend and Usher Cup co-founder surfed his first heat of the men’s competition on day two of the inaugural Usher Cup, but was far from happy with his performance.

“I think I performed pretty average, I’m not happy at all, but seconds almost a win in a way because you are just getting through the heat and I am into the next day, got through the first heat of the year, so I will be ready for tomorrow.”

“It’s weird, I say seconds almost like a win, but to me second is almost getting last, like it’s either first or last in a way, I am not happy at all.”

With a strong support base, Jaggar has spent as much time preparing mentally as he has physically for the contest, refusing to let the perceived home break advantage or his emotions play a role.

“You can’t really use emotions too much because it bobbles your mind and you make the wrong decisions, most of the times anyways, if you just kind of stay cool calm and collected, you kind of get in the flow of the ocean and just keep your head together and make your right choices.”

“I just feel really blessed to have all this support and just good vibes around me.”

Looking ahead to round three, Jagger is set to face a host of the contest’s top seeds in his next heat, saying the winner could come from anywhere.

“I think everyone is a contender, I mean there are so many good guys in this comp, and whoever gets the best waves is going to come out on top, so it’s just a wave catching comp.”

“There is so much talent, and there’s a bunch of really high athletes, so it’s going to be a good race.”