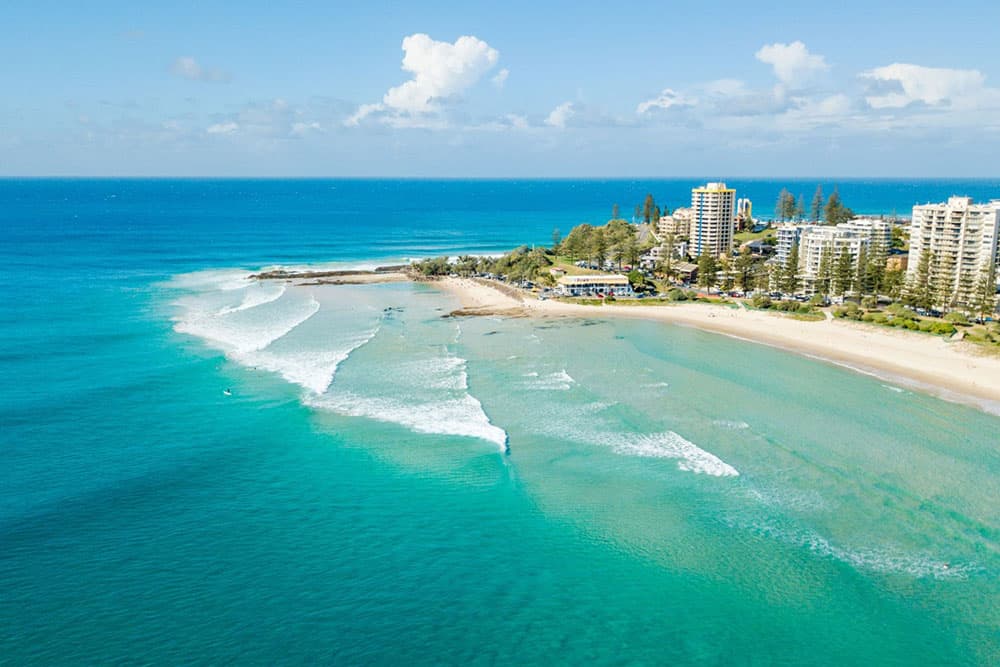 Snapper Rocks is a small rocky outcrop located on the northern side of Point Danger, at the southern end of Rainbow Bay. It sports scenic coastal views enjoyed from the Oceanway walking track, with Rainbow Bay Beach on one side and Froggy Beach on the other.

Snapper Rocks was created by an ancient volcano over a millennium ago, the lava spilling into the ocean and cooling to form a rocky spine.

The beach is thought to be named after HM Colonial Cutter Snapper under the command of W.L. Edwardson, which passed by Point Danger in July of 1822. 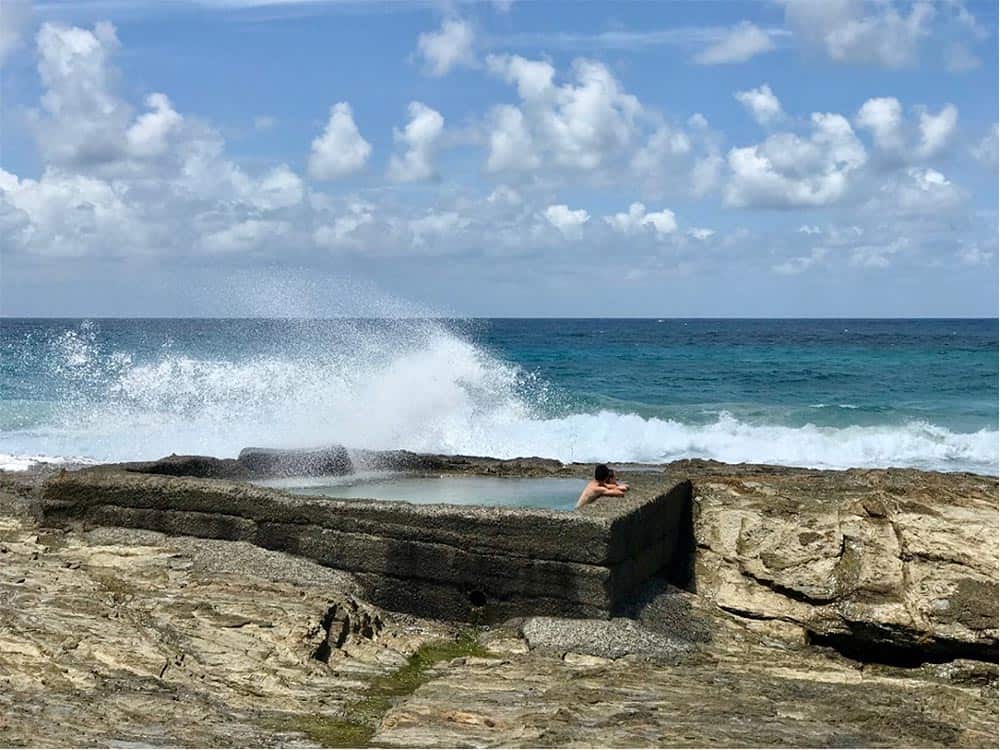 He later incorporated an adjacent shark pool for public viewing. This became such as a popular attraction that later the same year, Jack obtained two bottle-nosed dolphins from local fishermen, the Boyd brothers. This signified the beginnings of the now-famous Jack Evans Porpoise Show.

In 1961, Jack moved the pools to the mouth of the Tweed River near Duranbah Beach due to sharks which often washed into the swimming pool. Only fragments of the pools remain today.

Jack later sold the pool to Keith Williams in 1976.

For surfers around the world, Snapper Rocks is one of the most iconic breaks on the planet. The movement of sand from ocean swells has created a series of points inside Rainbow Bay over the last thousand years. Snapper Rocks, Greenmount and Kirra each used to be separated by deep water sections.

In 1995, sand was pumped from the mouth of the adjacent Tweed River, filling in the gaps between the points.

This ultimately created what is known today as the “Superbank”, a world-class bar of flat-packed sand stretching 2km from Snapper to Kirra. It provides surfers with some of the longest, fastest and hollowest point break waves in the world. 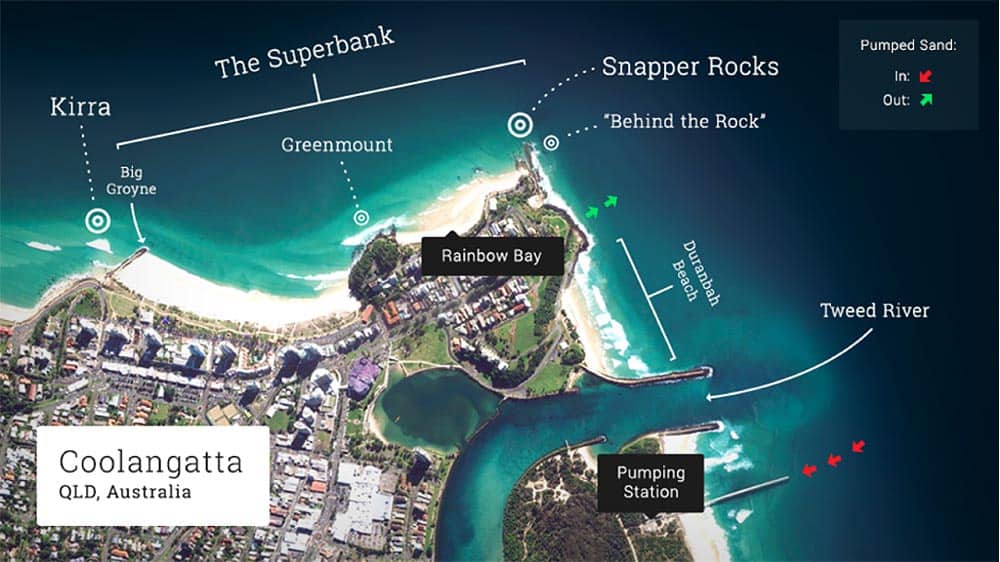 The dynamics of a surf wave can be dramatically different depending on the break involved. Snapper is a point break, meaning waves hit a point of land or rocks jutting out from the coastline. Point breaks often feature rock, coral or sandy bottoms.

When conditions are perfect, those surfing a point break can ride for hundreds of metres as the wave wraps around a point or headland, running along the coastline of a bay or cove.

Point breaks can be very reliable under the right conditions as the headland, or “point”, that creates such a great wave is fixed. The quality of the overall Superbank has increased the level of surf tourism dramatically, often resulting in extreme crowding of the wave.

Due to the prolonged length of individual waves and ensuing time on the board, multiple surfers often ride on point break wave at a time. Under the right conditions, over 500 surfers can be counted over the 2km distance with numerous drop-ins. Multiple barrel sections can occur at any point along the entire length.

The inaugural Usher Cup Surf Contest will be held at Duranbah and Snapper Rocks from the 29th to the 31st of January 2021. For more information visit www.ushercup.com