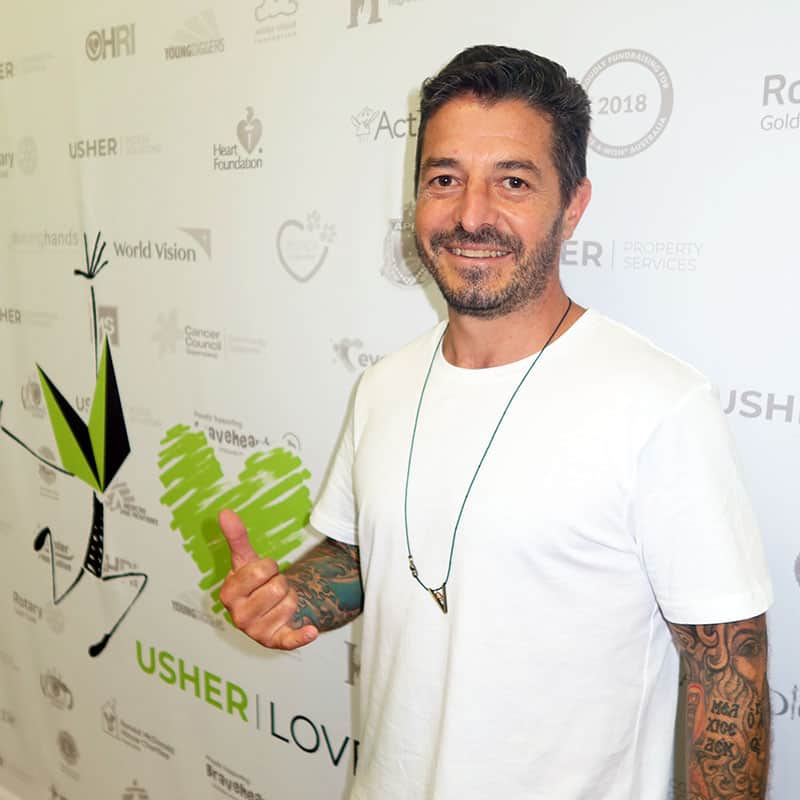 He’s the cotton shirt wearing businessman with a broad smile and a smooth casual demeanour, but don’t let that welcoming grin fool you, Theodore Vairaktaris is one of the Gold Coast’s most passionate, ambitious and successful entrepreneurs.

The founder and sole owner of national commercial paint company “Usher Commercial Painting” a business proudly built from the ground up through hard work and sacrifice, Theodore also set about creating the Usher Group, an entity which today boasts businesses working across a host of service areas from solid plastering, electrical, signage, sanitation and property maintenance.

Ten years after creating the Usher Group, Theodore established Usher Love, the businesses Charitable Foundation, a vehicle which would enable Theo and the Usher team to provide direct assistance and support to the local community.

In 2021 Theodore Vairaktaris plans to make waves in both the business and sporting world with the running of the inaugural Usher Cup Surfing contest, an event designed to support grassroots surfing and the sports emerging stars.

In partnership with world champion surfer Wayne ‘Rabbit’ Bartholomew, the Usher Cup is an exciting three-day surfing event which will showcase the skills of male and female surfers from 21 boardriders clubs from Coffs Harbour north to Noosa.

“It’s important to showcase grassroots surfing to promote exactly where I come from, so people don’t underestimate the purpose and passion these young kids have,” Theodore said

The Usher Cup is designed to provide amateur surfers with a platform and the exposure required to take their surfing to the next level, whether that be within their club or the next step through the professional ranks.

“I wanted to be a part of giving these young surfers with an opportunity to accelerate their surf progression and in some instances, fast-track the professional careers of the next male and female world champions.”

Usher Love remains committed to having a positive influence and making a difference within the communities in which the Usher Group operates.

Growing up on the Gold Coast, and spending much of his youth on the beach, surfing and the ocean has been a huge part of Theodore’s life, the Usher Cup a chance for Theodore to give back.

“When I was younger, surfing was the type of activity you couldn’t get enough of. If the waves were good, you would wag school and risk the punishment to go surfing and spend time out in the water with your mates, it was a real community”

“As you grow and get older, you realise how much of a support mechanism sport is.”

Having endured intense stress during the early stages of his business, a period that he dubs “The Nightmare Zone”, Theodore understands first-hand the psychological benefits of sporting activities such as surfing. “Surfing helps me find my inner peace,” he said.

“When I was going through that nightmare zone, I was going to the beach in the morning, whether I was surfing or just being in the ocean when the surf conditions weren’t good, and it really helped”

“For me, surfing is the only thing I’ve got in my life that stops all the chatter in my mind – it’s not just a sport, it’s a way of life.”

Much or Theodore’s drive comes from a childhood spent growing up in housing commission homes and his determination from an early age to assist his family to move into a more stable environment.

“It gave me a huge amount of passion and purpose. I don’t believe I would have so much of an entrepreneurial spirit if I had it too easy.”