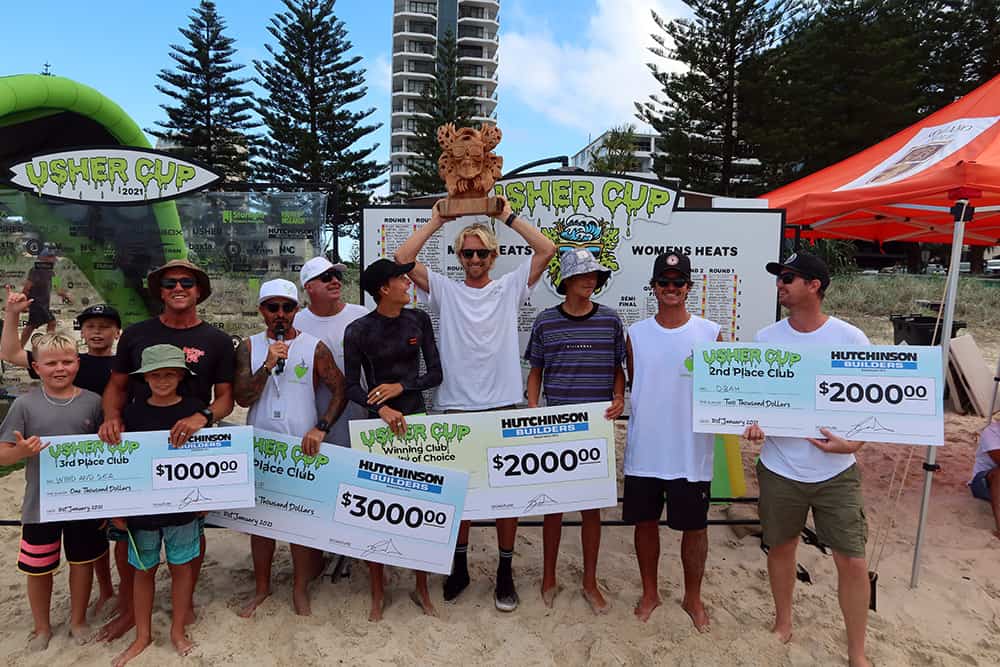 After almost two years in the making, the inaugural Usher Cup has been run and won, but perhaps the biggest impact this incredible three-day surf contest will have is far removed from the water.

“That was our goal to try and reach $60,000, we were a bit iffy if we would be able to do it, especially the time we are in because of COVID. However, the construction industry spoke, the community spoke, and they have supported us. It’s amazing that my colleagues and fellow friends that I’ve been working with and grown up with, running the Usher Group for 20 years now, I definitely wouldn’t be where I am without them. They have just come out like a tidal wave and look out what they’ve done. They have believed in Usher Love and Usher’s vision and we delivered!”

The entire contest has been a humbling experience for the Usher Group Managing Director who received exceptional support from the construction industry and was blessed with near perfect conditions for the inaugural event.

“I can’t even describe how I’m feeling right now. I’m so proud, stoked, thankful, humble – just everything at once. The emotions are just oozing through me at the moment. Just a complete success, we’ve had pumping waves, awesome weather, just the vibe and the atmosphere of the event is just so epic! I can’t believe it’s open, I sort of want it to keep going I can’t believe it’s over because it was such an epic weekend.”

From the Outset, equal prizemoney for both male and female divisions was a key success factor for the contest with Theodore saying the standard of women’s surfing was a highlight of the weekend.

“It’s huge that we’ve have done equal prize money! It means so much to me that we have, not only equal prize money, but equal depth in the comps as well. We wanted really strong women present and, to be honest, they were ripping. That first day of the competition, they were on fire! They were surfing so amazing, hats off to them. It’s a real different vibe when they’re surfing as well, there’s more love in the air. Then the guys get here, and they get all competitive.”

The men’s final then capped off an epic weekend of competition.

If there were any doubts that the 2021 event might have been a one off, rest assured, plans for an even bigger and better event in 2022 are already underway, Theodore confident that the board riders from around the country will be making the trip to the Gold Coast next year. 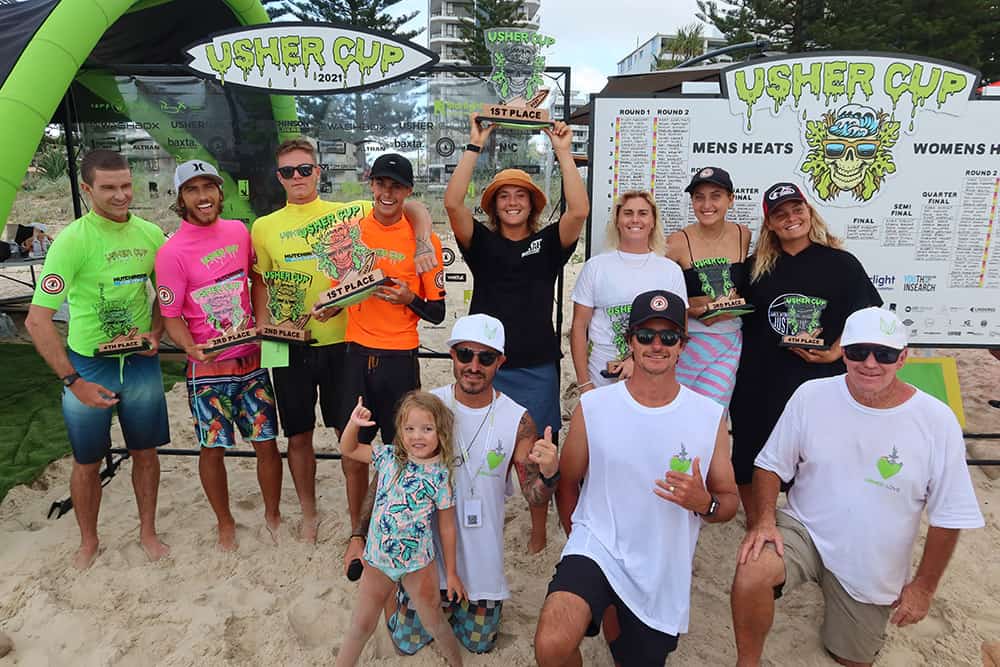 “2022 we are back and bigger and ever! We have so much support pledged to us already from the industry and the community. Snapper Rocks will be backing us again. We have numerous sponsors get back to us and tell us and say 100% lock us in. Not only that, but we have had heaps of clubs get to us that want to participate next year and my answer to them is bring it on!”