Two years in the making, the inaugural Usher Cup surf contest is underway in brilliant conditions at Rainbow Bay on the Gold Coast with surfers from Angourie north to Noosa set to battle for the hand carved Usher Cup trophy and $5,000 in prize money for the men’s and women’s winners.

But before a competition rashie was pulled on, Usher Group Managing Director and event co-founder Theodore Vairaktaris called on respected indigenous leader Luther Cora and local indigenous representatives to perform an official welcome to country.

“I’m so grateful that Luther and his crew came down and gave us an amazing welcoming for the opening of the Usher Cup its going to be a cracker day!” Theo said.

“Luther’s such an amazing bloke and he’s done so many amazing things for the Gold Coast, we watch him all the time at the Currumbin Bird Sanctuary and we saw him at the Commonwealth Games opening ceremony. He’s been doing so many amazing things with his culture and art, so it was really important to me to make sure it was him here today”.

Luther, a Yugambeh language group leader, will perform the traditional welcome on each morning of the contest from 7:00am, the brief, but spectacular ceremony a crucial Usher Cup ingredient.

A respected leader and keen promoter of indigenous culture and an art, Luther says collaborations and ceremonies like those performed for the start of the usher Cup invite and assist people to understand a little bit more about the world’s oldest living culture. Luther and his family have been performing at National Trust Currumbin Wildlife Sanctuary for over 20 years, sharing indigenous culture and welcoming visitors from around the world, they also headlined the Gold Coast Commonwealth Games ceremonies. 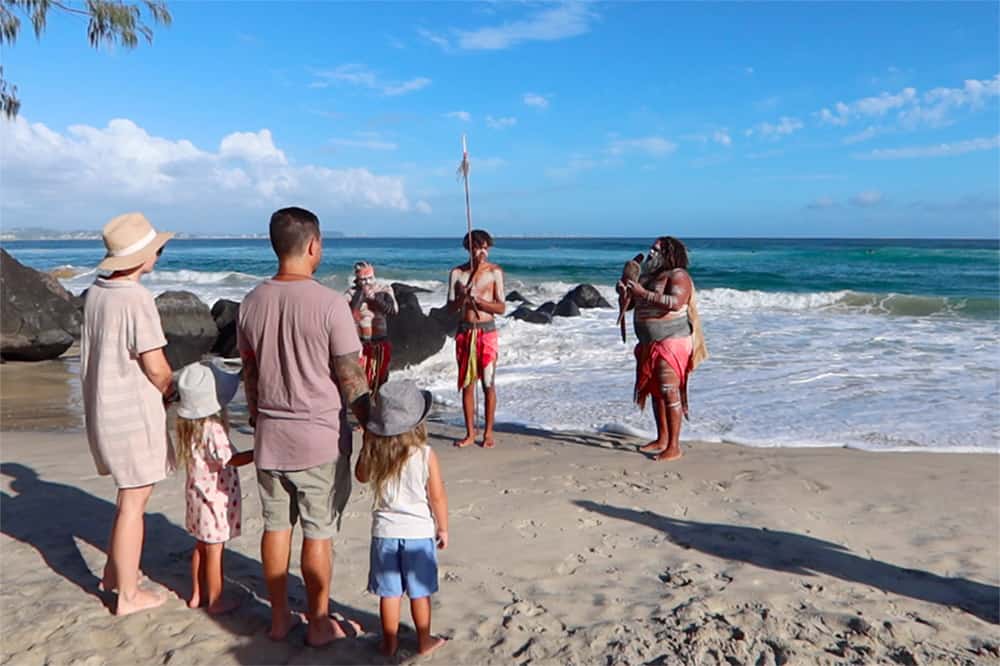 “It’s always important to acknowledge traditional people wherever you go, that’s not just in Australia but all over the world so just to pay respect to traditional people of that area and their ancestors. When we are dancing, we are not just paying respect to our own ancestors but everyone’s ancestors that walk upon this land, so as a whole the performance is to pay respect to the land, the country we’re on, the water, the air and the creator”, Luther said.

For Theodore it was an emotional start to a contest he has been passionately working on for the past two years.

“A quick conversation with Luther, and you quickly understand, and have admiration for the respect he has for his culture and the importance of having a strong sense of identity and purpose.  Luther is the Storyteller and a leader for his culture”